Here at Feel Rite, we’re a bunch of ‘bucha loving Buffalonians, and not just because it’s fun to say. While Kombucha seems to be a newcomer to the Buffalo health food scene, it has been a “thing” for over 2,000 years- dating back to the Ancient Chinese who called it “The Immortal Health Elixir” because of its nutritious properties. Two thousand years later and a few thousand miles away- we’ve got several amazing brands and flavors, even some local stuff on tap! We’ve been getting a ton of questions about Kombucha lately, so let’s talk a bit about what it is, where it comes from, and why Feel Rite loves it.

Meeting Mother: How It’s Made

Kombucha’s seems pretty magical, but you’ll be happy to know that it’s simply and naturally made. Similar to beer or wine, Kombucha making capitalizes around the fermentation process— without it, Kombucha would just be tea with fruit.

Fermentation occurs after a symbiotic colony of bacteria and yeast (a SCOBY) is introduced into the brewed tea. SCOBY is often called ‘Mother’ because of it’s ability to reproduce its molecules as it sits in the tea over time. Yes, those offspring molecules are referred to as “babies”. After Mother is introduced, all that’s left to do is wait for the fermentation process to occur, which seems to take around a week. After that, it’s cooled and consumed.

Why We Love Kombucha

Sold yet? If not, come by any of our Feel Rite Fresh Markets locations and try it for yourselves!  We have several brands in our refrigerator sections, and are proud to be one of the first stores in Buffalo to have ‘bucha on tap! Enjoy buffalo local Bootleg Bucha on tap, Buffalo’s first kombucha brewery. We are always more than happy to give samples! 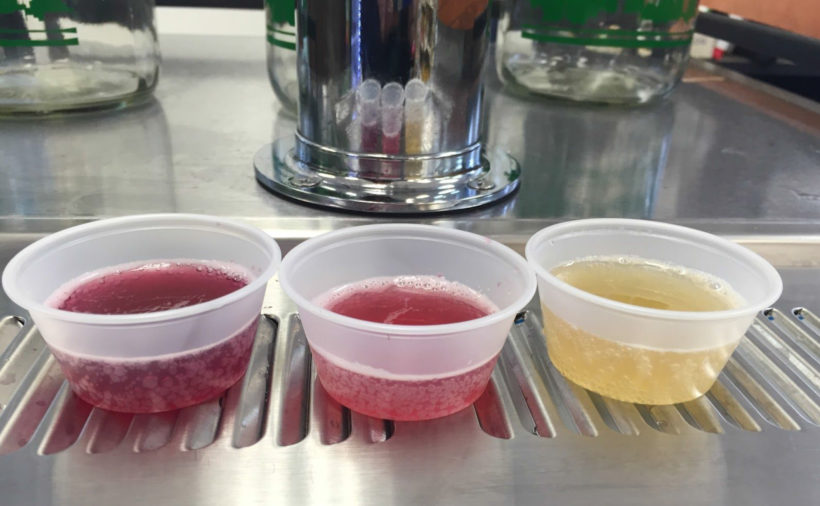